If we extrapolate from the current trend lines, democracy will be gone in a couple decades, melted away like the polar ice. But although down, democracy is not out.

Source: Democracy Is Taking a Beating, but It’s Not Out

A better-than-average piece. Unlike some Marxists and other academic eggheads too scared or stunned to say what’s right in front of them, this piece mentions how corruption is a factor in the tarnishing of democratic ideals and practices.

Myself, I alternate between trying to fix things and realizing they cannot be fixed. If you beat your head against a brick wall for some 24 years you tend to get a bit numb. Also, there’s the real danger of calling out creeps for what they are. Right now I’m watching the Crackle drama StartUp and although fiction, it’s a good reminder of the dangers involved in calling out creeps. 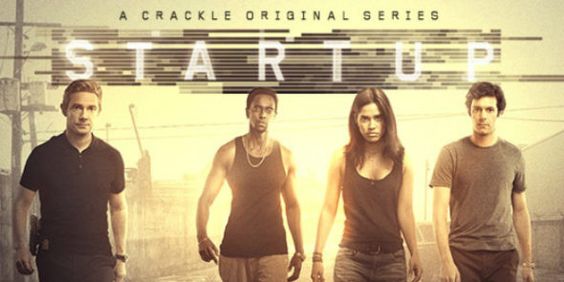 Izzy, the really hot Cuban woman in the photo is a gifted coder. When her code is ripped off by Alex Bell, a tech guru lead around by the Russian mob, she gets revenge by hacking Bell’s site and infecting it with a virus. Bell’s heavies don’t take too kindly to that and almost kill her. She’s saved by an FBI agent (that quirky guy in Fargo), who himself murdered someone for money and spends long hours trying to clean up the blood from the tiles on his bathroom floor.

It’s complicated shit and I imagine life is like that in the criminal realm. Or partly like that. The show would gain no traction whatsoever if it did not resonate with people on some level. In other words, there must be some general truth to it.

All of the four actors pictured here are great in their own way. And I’ll have to review this series properly once I get through it.

As I say, just another reminder that ‘democracy’ has more than warts that threaten its future health.