US intelligence authorities have not found any evidence that unidentified flying objects (UFOs) seen by navy pilots in recent years were otherworldly alien spacecraft– but apparently did not rule it out, either. 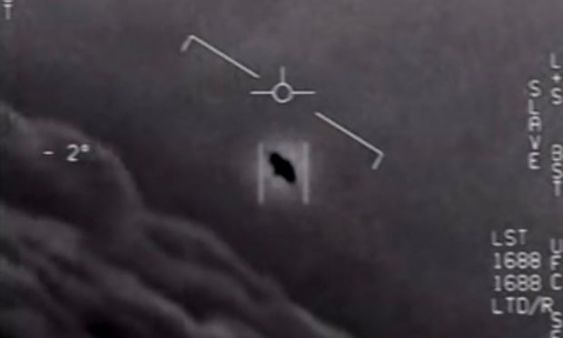 Source: US government report finds no evidence UFOs were alien – but doesn’t rule it out

Part of the discussion about ETs and UFOs seems flawed to me because of a heavy dose of anthropomorphism.

Anthropomorphism is a ten-dollar word that academics use to describe attributing human qualities to non-human subjects and objects. So ETs tend to be organic, carbon-based creatures and “sightings” usually see them as bipedal with skinny elongated arms and legs underneath an oversized head with piercing eyes. Their craft typically is something we can understand, to some extent anyhow. It has some kind of strange metallic skin, a central dashboard inside, gravity, and so on.

I’m not saying that sightings and abduction reports are bogus. I think some could be true or point to something true. I’m just saying that many reports seem to fit within parameters that our – perhaps compared to them – relatively small brains and consciousness can grasp.

This was especially so when I was a kid in the 60s and early 70s. More recently things have taken a step in the right direction, especially in Hollywood. ETs tend to be variously depicted. And I do remember one Star Trek TOS where an ET was just a locus of swirling lights.

My point is, we don’t know what’s out there. It’s a big universe and for me, heavens and hells make the unknown much bigger than the observable world, the world we see through telescopes and math. That’s one reason why I feel that astrology is a bit hokey. Another reason is that Chinese astrology differs from Hindu astrology, which differs from Occidental astrology. So I move to China and suddenly the planets affect me differently?

Yes, the planets could affect our moods. But compared to the vastness of heaven and hell, their possible influence would probably be minimal at best.

A slight diversion from the topic of ETs perhaps. But maybe not. Some wonder if ETs and angels are one and the same or different. I tend to go with the latter.