Does today’s strained world food supply fulfill a rabbi’s prediction for the arrival of the Messiah? 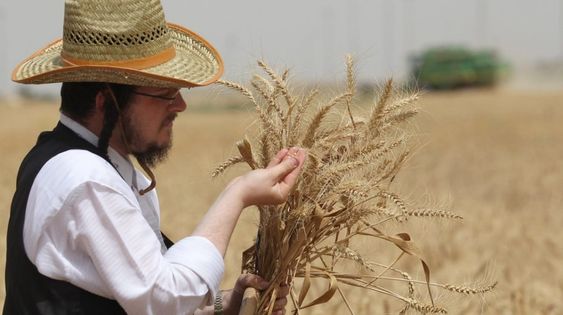 From a Christian perspective, pretty much all non-Christian religions miss the point that Jesus wasn’t just a nice guy or a deluded madman but indeed the messiah. That’s why Handel called his famous piece “Messiah.”

Why don’t Jews see it this way?

From what I can see, the Jews at the time of Christ wanted a Messiah that would deliver them from the occupying Romans. They expected some kind of charismatic worldly ruler who would lead them to sociopolitical freedom.

But that’s not what it’s all about when it comes to religion. Religion is about securing a wonderful place in the NEXT life, not necessarily this life.

Jesus said, “My kingdom is not of this world. If it were, my servants would fight to prevent my arrest by the Jewish leaders. But now my kingdom is from another place.” (NIV)

So yes, I think Jews and all other non-Christians who are still waiting for a messiah have missed the point about Christ.

Myself, I believe Canada in the 21st century is steadily being bureaucratically ‘occupied’ by local and international white-collar criminals. And it often seems that Jesus and his mother Mary are doing nothing about it. Sometimes in moments of prayer and contemplation, I feel they just want me to accept it because there’s nothing I can do to stop it.

I still blog about it, of course. And many of my old ‘friends’ probably think I’m off my rocker. To me, they’re just naive and living in a bubble because they can’t see what I see.

But my point is that even though I believe the ‘occupation’ of Canada has gotten worse since I first perceived it, I have not lost my faith in Christ. And that is because I know – my best self knows – that religion is not only about life on Earth. Life on Earth is actually a pretty short gig when you frame it within the perspective of everlasting life.

You die but your soul goes on. Suddenly your whole life down here on Earth seems like some kind of dream. You now see a much bigger picture and the longer you are ‘up there’ in eternity the less important your life down here appears. John Lennon, for example, realizes that all the hype he experienced as a Beatle was b.s. And David Bowie realizes that yes, he was turning into a postmodern poser and a lot of his music wasn’t so great toward the end.

Now, after a few million ‘years’ I would think life down here would seem even more dreamlike. Or perhaps like a chapter we read in a book among many books.

So to think that the Messiah is all about delivering us from sociopolitical oppression is, to me, extremely materialistic and short-sighted. Sure we should try to improve our world. But to think a religious figure is going to make everything peachy down here is, well, pretty juvenile thinking, IMO.

Let’s have a peaceful Sunday and try to follow the teachings of the Messiah who truly advocates non-violence and peace.