The Muslim family identified as the victims of a hit and run Sunday in what police are calling a hate-motivated attack in London, Ont., were deeply involved in the community and committed to their faith, friends and family say. 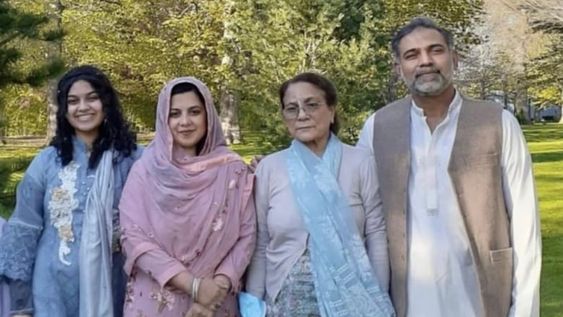 This senseless act of violence is not Canada. Let’s not forget that every society has the odd screwball who resorts to violence for whatever insane reasons.

Words matter. They can be a seed that grows into an ugly, pervasive trend. And sometimes, they lead to real violence. The jokes that are not funny, the casual racism… the polarization we too often see in our public discourse and in our politics. As leaders and as Canadians, we not only have to say: enough is enough, we must also take action. » Source

For the most part, I would agree with him but, as others have pointed out Mr. Trudeau sometimes conflates real issues worthy of discussion with racism or perhaps as indicating some kind of phobia.

We saw this with recent critiques of the Chinese government, which Mr. Trudeau implied were kindling anti-Asian racism. Several Asian Canadians took issue with Mr. Trudeau on that.

But this isn’t that place to critique Trudeau. Tonight my heart goes out to this beautiful family, pictured above.