Hop onto your bike and ride along a pop-up cycle path. These new yellow-marked bike lanes have gotten things moving in Berlin. Hastily set up during the burgeoning coronavirus pandemic, to give cyclists more space and safety. 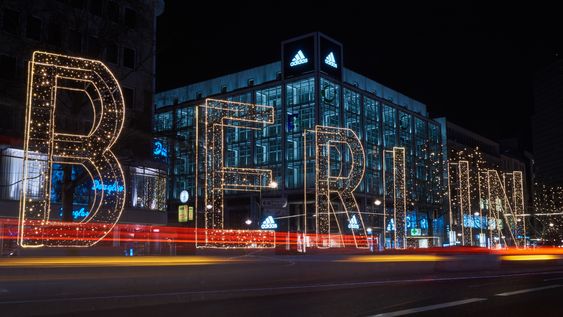 Just a nice little video about Berlin. I’ve never been to Germany, other than sitting in the airport waiting for a connection. I missed the buildings and roads but noted that the Germans, circa the late 1980s, looked somewhat like Americans. Very concerned about their colorful, high-quality apparel and fashion accessorires.

Watching this short video I thought of David Bowie who moved to Berlin for musical inspiration, I think during his Low and Lodger period but I’d have to check on that. I also thought of some WW-II films and how the streets became places of absolute horror for the Jewish people.

So strange to see more or less the same background and such a different picture.

Could that happen in any country?

The other thing I noticed is how white the inhabitants looked compared to our multicultural Canada. As we become world leaders in immigration and integration, other countries that are more racially monolithic do look a bit behind. Can’t help it. When you see a rainbow every day, one predominantly single color looks like the distant past of planet Earth.

Of course, if we continue to interbreed among races, sooner or later we’ll all be one coffee color.

But I’ll be long dead before we get there!