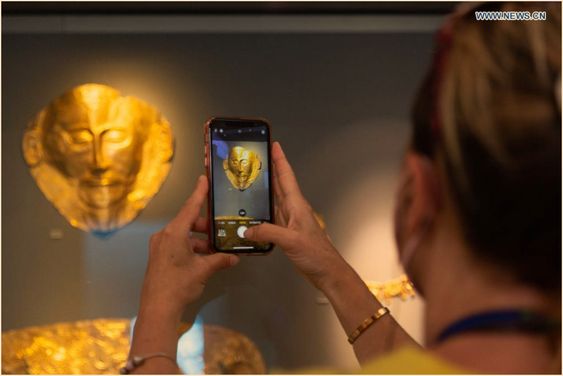 Quite a few years ago I went to the ROM in Toronto. That’s the Royal Ontario Museum. As far as Canadian venues go, it’s not too bad. And seasonal exhibitions displaying material from other museums and collections around the world make it almost worth the price of admission!

I remember seeing an elderly but youthful man there. I was staring at some medieval display, letting my imagination go, and the man said with a smile and glint in his eye, “Is this the way out?”

Myself, I was still pretty youthful – probably in the middle of my doctoral studies and a bit on edge from all the mixed messages I was getting from that – so I replied almost haughtily, “We just walked past the exit sign, you’re not making any sense!”

The man just chuckled and I felt somewhat callow later on. I am usually quite polite to everyone, especially seniors.

Not too long after that, I felt the man was hinting at something metaphysical but I was too caught up in the moment to instantly appreciate it. If someone joked like that with me today I’d probably laugh and say, “for sure!” not taking them literally but metaphorically.

The ancient world is a wonderful escape for those of us whose imaginations can roam. I’m not even sure if it’s merely an ‘escape’ or a place for a kind of psycho-spiritual time travel. My pet theory is that we can actually pierce through space and time with our souls and minds, making subtle connections with people and places in not only distant locations but distant times.

But the future hasn’t happened yet! all those linear thinkers cry out.

Well, they might be right but I tend to view space and time as one big dynamic tapestry. Threads weave in and out and we are simply situated somewhere in the middle, connected by those threads to the whole.

Another model I’ve come up with is a plate of spaghetti. The pasta strands wind around each other to make a whole. And each individual strand is connected to the ball of spaghetti in some way.

What do you think? Sheer nonsense or am I on to something? 🙂