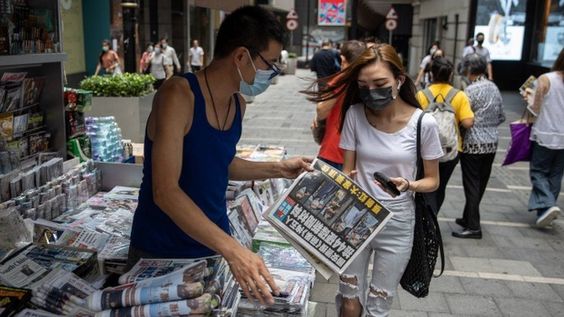 According to Thursday’s  BBC TV news, Hong Kong’s last organ of free speech was recently raided by police. Computers were apprehended, staff were arrested, and the owner, Jimmy Lai, is liable to go to jail.

The thing is, when the UK handed over Hong Kong to China in 1997, it was agreed that Hong Kong would maintain autonomous rule for at least 50 years.

Diplomatic negotiations with China resulted in the 1984 Sino-British Joint Declaration, in which the United Kingdom agreed to transfer the colony in 1997 and China would guarantee Hong Kong’s economic and political systems for 50 years after the transfer.[76] The impending transfer triggered a wave of mass emigration as residents feared an erosion of civil rights, the rule of law, and quality of life.[77] Over half a million people left the territory during the peak migration period, from 1987 to 1996.[78] The Legislative Council became a fully elected legislature for the first time in 1995 and extensively expanded its functions and organisations throughout the last years of the colonial rule.[79] Hong Kong was transferred to China on 1 July 1997, after 156 years of British rule.[20]

So can we trust the current Chinese communist dictator with anything?

It’s nice that China is now a player in space. But when the ISS gets old and decrepit – and it will – China could be the only real player beyond Earth if the rest of the world does not keep pace. And I’m not sure that would be a good thing unless some kind of benevolent rule replaces the current communist dictatorship. 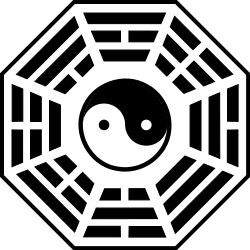 Historically speaking, Chinese philosophy is a mix. Some thinkers emphasized rules and regulations, others said we should follow the free flow – The Way’ – of existence.

A third type believed that ‘The Way’ could be expressed through rules and regulations, a lot like a Church with its obligations.

I guess every society struggles to some extent with trying to get the right balance between societal rules and personal freedoms.

In Christianity, we have the idea of living by the spirit instead of the letter of the law.

Too bad so few of us actually do this!