A Vatican judge  indicted 10 people, including a once-powerful cardinal, on charges including embezzlement, abuse of office, extortion and fraud… 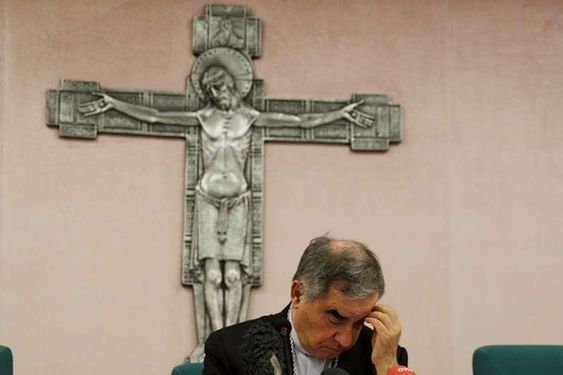 Source: Vatican indicts 10, including a cardinal, in London deal

Oops. Maybe that has something to do with my not becoming a Catholic priest. I certainly felt that something was wrong with the Catholic Church when ‘discerning’ a call to the priesthood—or not.

Thing is, I still feel a bit torn over this issue. I loved the feeling of the Holy Spirit and the Eucharist. And often a priest’s homily would resonate. Sometimes I even felt like I was “home” in a Catholic parish. It didn’t matter which one. The second I walked in there – providing some control freak wasn’t telling me where to sit – I felt like a proverbial fish out of water reimmersed in a deep, high tank of spiritual refreshment.

A sigh of relief. A deep quiet and peace. A gentle cleansing and uplifting. The Mass gave me all these things. But I also had to contend with the human element: The b.s. The boredom. The perceived half- and withheld truths which arguably are lies.

So I let this article slide for a few days before commenting. It’s like a torrid love affair. You can’t live with or without ’em but somehow find a balance.

Since the pandemic, I have not graced the entrance of a Church. Or should I say, a Church has not graced me. Not directly, anyhow. However, I still pray and try to do the right thing.

I’m not sure. But it has got to work for now.

And in the meantime, I don’t have to evade those shifty-eyed priests with bad vibes who, for all I know, might somehow be involved in the type of seedy biz outlined in the above-linked story.

Like the Church, organized crime often goes that way.