Every one of us is eating, breathing and drinking plastic. It’s been found in everything from our produce and meat to our packaged foods and even beer. 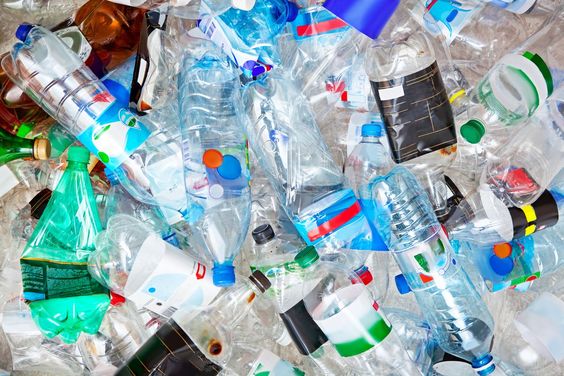 We’ve all heard the old cliche, change is the name of the game.

When I was a kid – yes I am old enough to remember – milk came to the house in glass bottles. Those bottles were sent back, washed, and reused. But they were not too convenient because glass breaks and it tends to be heavy. And I guess the washing used a lot of water.

One day our milkman – another thing of the past – delivered the milk in cardboard cartons. This was a big change and I recall feeling very ‘modern’ as if living in the space age—actually I was but you know what I mean. A very futuristic space age.

Soon after, milk arrived in plastic bottles. Plastic was the big thing. Whoever invented it was likely rolling in cash, not unlike Jeff Bezos or Richard Branson.

But that didn’t last for too long. I guess plastic bottles couldn’t be easily stored. I mean, they take up a lot of room in a store.

Enter plastic bags, which can be packaged, three per pack, in a larger plastic bag and piled one on top of the other in store refrigerators.

That’s what we generally buy now. They’re great for the pandemic because I can pile them up in the freezer and thaw as needed.

Cardboard was probably the best way to go. But those cartons are far too expensive now. Plastic is the cheapest so most consumers go that way in Canada.

And I’m just as guilty as the next person.

We will probably all continue to use plastic bags in their various forms until an all-out ban is declared. But let’s be clear, not all countries treat plastic the same way. Some are better than others. And perhaps if some nations reduced their internal corruption and spent that saved money on proper recycling facilities, the plastic problem might improve.

Not sure. And how do you “reduce corruption” anyhow?

This is something that can only come from the heart. Increased policing won’t work. Too many cops are probably themselves corrupt, along with those hypocritical environmental NGO execs who skim off hefty percentages to maintain their comfy standard of living.

“Oh, can you hold on a sec? I just have to go get a new iPhone… and book my flight to a conference in Mali…”

No, real change has to come from inside. It always has and will be that way.