This South Korean time-traveling escapade has a lot to offer. I really enjoyed it, as evidenced in my earlier review. However, while watching the final bits I began to develop some misgivings.

I was going to ignore them but hey, Earthpages isn’t about covering up or trying to fit with what I said before. It’s about saying it like it is.

So here are my final impressions of the show.

Basically, I enjoyed the non-linear plot and the way it was implemented. I also liked pretty much all of the characters, leading and supportive. I also enjoyed the main love affair until it became clear that something seemed wrong or incomplete. Here we have two adults into like, their thirties, behaving like I did with my first childhood love in grade 5 or 6.

Okay, I thought. It’s nice to be childlike. But is this reality?

Perhaps it’s just cultural difference, and who am I to judge, After all, North American and European depictions of sex tend to be downright vulgar or boring these days. I don’t need to see people making out to enjoy a show. In fact, I prefer sex is hinted at. Give me a fade-out instead of a bump and grind, any day.

But in Sisyphus, there’s no hinting. There’s basically nothing. No sex other than a light kiss and some hand-holding. Again, is this real for the 30-something crowd? 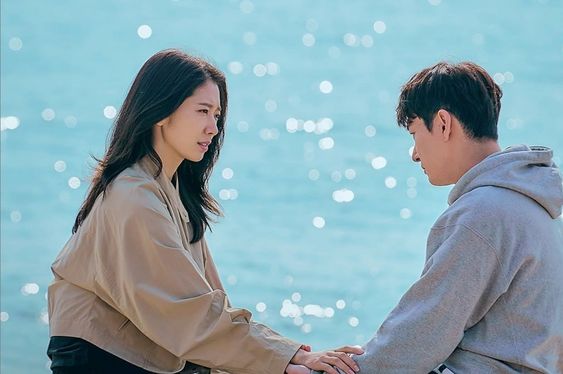 A quick look at Wikipedia suggests that about half of sexually active South Korean teens choose to have sex and half are coerced into it.

That’s what I suspected. Whenever something is covered up, it usually indicates an unhealthy trend underneath the surface. In India in the 1980s for instance, I was told by some Indian friends that although they presented themselves as chaste, Indian students “got it on” really fast and dirty in the bushes. Because if they did it in their dorms, some weasel would squeal on them and they would be dishonored, big time.

Remind you of any other cultures?

Other than this childish representation of adult sexuality, I did like this show to the very end. It held up. But as I say, this impediment will probably hold back not only the Korean film industry but Korea itself from maturing into a true cultural force around the world.

Here’s a podcast of my earlier review. You can read along here: https://epages.wordpress.com/2021/07/16/sisyphus-the-myth-netflix-may-be-on-the-skids-but-with-a-little-digging-theres-still-good-stuff-to-watch/