It’s funny. I looked at Ragnarök on Netflix about a month ago and thought to myself, Geez, another kid gets touched by the gods and turns into a superhero… I think I’ll pass.

And I didn’t watch it any longer than just a few seconds. 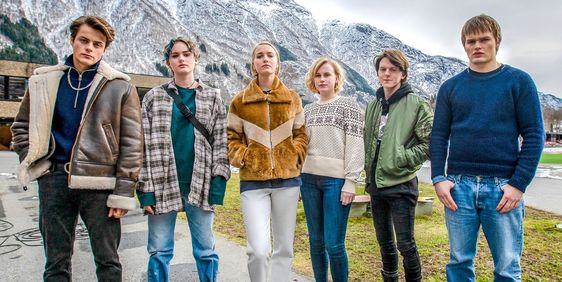 Funny how that works.

There are several things I like about this series.

First, and unlike Sisyphus, the teens have mature adult relationships and yes, the young people do that horrible thing called SEX.

Perhaps that’s a feature of Nordic life. I’m not sure.

Due to unresolved developmental issues, some of these individuals cannot form real relationships so demonize sex and yet paradoxically express their sexuality in the most vulgar of ways. 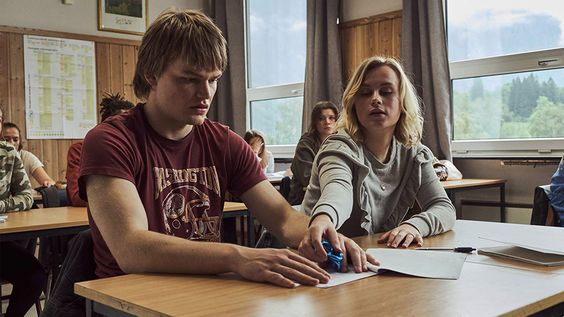 Anyhow, as I say, we get none of that in Ragnarök. In fact, Turid Seier, Magne (Thor) and Laurits’ (Loki) mother, is the archetypally cool mom who embraces and encourages her kids in light of their respective differences from the statistical norm—Magne/Thor has so-called ‘dyslexia’ and Laurits/Loki is ‘trans.’

The psychological aspects of this show are handled quite well. A lot of science fiction and fantasy shows portray psychiatry as a weapon wielded against superheroes and those with gifted insight. We can think of many stories where the hero spends some time in a straight jacket with a naive or evil psychiatrist urging or forcing them to take their psychoactive meds.

But Ragnarök doesn’t overdramatize this. It just spells out what can happen to those who are different – but not pathologically so – if they get on the wrong side of the system.

Thor’s mom wants him to begin taking his psychiatric pills just before he gets hard proof that some of his seemingly fantastic claims about environmental violations, corruption and coverups are actually true.

Once the community learns that Magne/Thor wasn’t fibbing or imagining things, they side with him. But until that time, the evil ones (Giants) purposely use the system to persecute him.

And I believe this sort of thing sometimes happens in real life, not only in Eastern European countries but in other countries too.

My doctoral work was in psychology and religion, and I’ve been studying the relationship between mental health, culture, power, and spirituality for many years. The vast majority of professors got what I was saying and responded positively to my work.

Only one got weird on me… and they came to Canada from a communist-occupied Eastern European country.

Definitely check out Ragnarök if you have any interest in Norse myth and how some gifted people have to overcome systemic ignorance arising from the fact that most social workers, psychologists, and psychiatrists are not geniuses but rather ordinary and sometimes blundering mouthpieces for the status quo.

To be naive is one thing. To fully understand what I’m talking about and yet still persecute people with psychiatric labels is quite another scenario, something that arguably falls into the domain of pure evil.

Ragnarök successfully portrays both of these types of people—the naive and the evil. But that’s not the only reason I like it. Fine acting, complex characters, a good story, and lovely scenery make this show a winner for me.