So I finished watching Season 2 of Ragnarök last night. Unlike some superhero shows that literally explode with a ‘big story’ and over-the-top FX once the characters become gifted with powers, Ragnarök manages to keep its human touch, which is really nice.

The special FX are totally adequate to the task but don’t drown the series’ promising beginnings. I’m thinking of Smallville which I liked up to a point until it just got too ‘American Big.’ The same thing could be said about Supergirl, which for me lost its edge somewhere along the way.

One of the most important actors who keeps this show grounded is Henriette Steenstrup. She plays Turid Seier, Magne’s (Thor) and Laurits’ (Loki) mother. Turid reminds me of someone I know. Supernice and naive. So natural and kind that she gets fired from her job and turns the other cheek, simply making the most of a bad situation by getting a lower-paying job.

Perhaps the only shortcoming of the show is that it doesn’t really deal with Turid’s reaction to Thor’s claims about environmental corruption eventually being proven true by the authorities. I think any real mother would have been a bit outraged and also apologetic to her son for doubting him.

Turid just carries on through the series with the same amiable pitter-patter, no matter what evil befalls her. Well, maybe that’s not quite true. She does say, “We have to talk” to her kids whenever something drastic happens. But she’s almost too nice. At first, I thought she was a ‘cool Mom’ but in Season 2 her kindness is almost saintlike, which is consistent with her character but a bit unreal.

That particular problem is with the writers, not Steenstrup’s performance. And as I say, Turid’s down-to-earth approach to life helps to ground this series, keeping it from blowing up into just another silly special FX extravaganza.

Also of note is Laurits/Loki. He’s a fascinating character. You never really know if he’s going to come on board with the good guys or not. In fact, the whole series compels us to question the very distinction between good and bad guys.

A final misgiving I had about Ragnarök was the early death of Isolde. She is such a sparkling character, a real bright light who leaves the series far too early. But then again, I guess death is like that. Once someone is gone, they are gone, and nothing can fully replace that loss. One just has to keep moving forward and let the pieces of life – life still down here, that is – fall into place.

Ragnarök deals with loss very well. But as I say, I think the series could have benefitted from Isolde’s presence a little longer. She was stellar and disappears way too soon.

I haven’t really mentioned Magne/Thor himself. He’s portrayed flawlessly but I guess I overlooked saying that because – well, I don’t know – maybe because he’s a guy and I’m more fascinated by women in general. In fact, there are several great male and female performances which I haven’t mentioned, mostly because I only have so much gas, myself!

Lots of twists and turns along with a lot of uncertainty concerning several characters’ true allegiance, Season 2 was different from the first but just as enjoyable.

Apparently, there’s a Season 3 in the works. I’ll be looking forward to it! 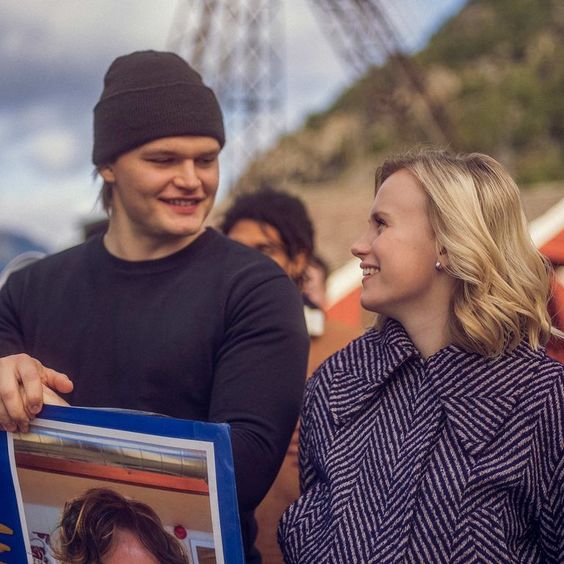