The IOC is worried about the ageing television audience for the Games, as well as the legacy of Olympism – its promotion of sports as a key to a balanced lifestyle and harmonious development. 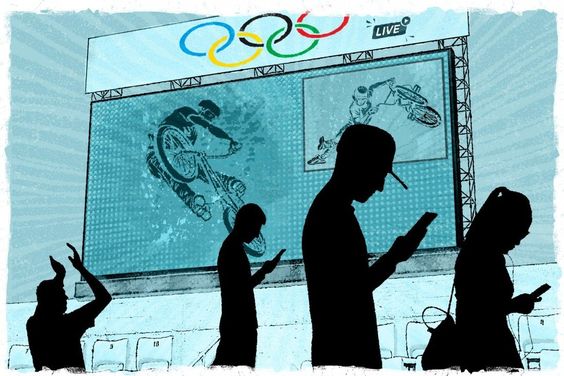 The Olympics, of course, are an ancient Greek thing. That’s where the Games began and they continued until the Christian Church and civilization, in general, put an end to them around the late 4th to early 5th centuries. They were reinstated in the 1800s and at least when I was a kid, were a pretty big event—until 2020, that is.

Well, partly the pandemic. That’s what people will say. But I think there’s another reason, mainly that there’s a huge disconnect between the haves and have-nots around the globe. And when people are just trying to not have a bomb land on their head or desperately striving to get enough food in their mouths, the 2020 Olympic games seem pretty superficial indeed.

From a G-20 perspective, I can say that the absence of live fans certainly has a diminishing effect. The same thing happened with the NHL last year. Who won the Stanley Cup? I can’t even tell you, and hell, I’m Canadian.

Sports stars and celebrities, in general, need flesh and blood fans just as much as the fans need the stars. True, the world is compensating by going online for everything from funerals, weddings, birthday parties, concerts, and sporting events.

But it’s not quite the same.

It’s actually funny I’m saying this because speaking for myself, I actually prefer watching sports over TV and listening to music on the stereo. But I’m not most people. And without most people getting what they want, the whole Olympics seems a bit strange, like a mirage on some weird, diseased planet.

That’s a G-20 perspective. As for the rest of the world, which by the way is about 40% of the world’s population, I can totally understand why some might think the 2020 Olympics is an elitist, irrelevant insult.*

And then there’s another perspective, one often overlooked but I think most important of all. It comes from the Christian New Testament:

For physical training is of some value, but godliness has value for all things, holding promise for both the present life and the life to come. – 1 Timothy 4:8

* 40% is arguably a misleading figure because many in the G-20 live in grinding poverty. Especially with Covid.