Olympic sprinter Krystsina Tsimanouskaya decided to defect as she was being driven to a Tokyo airport because her grandmother told her that it was not safe to return home to Belarus. 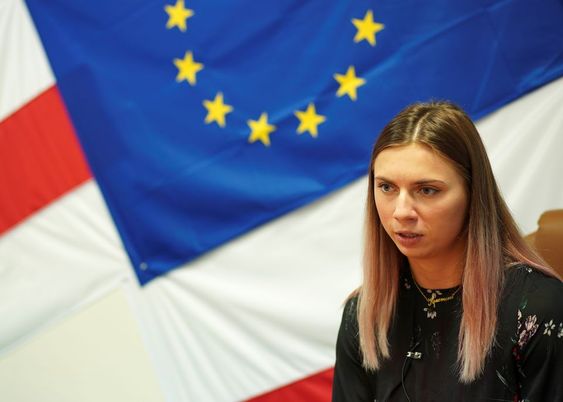 Several years ago I wrote about a charming young novice discerning a call for the sisterhood whom I met at a local church. She was on a grand tour, hailed from Belarus, and I can honestly say she blew me away. Not only pretty but sweet as sweet can be.

Her trip was paid for by the Catholic Church, so I imagine she would have the kind of protection needed that this unfortunate young athlete does not enjoy.

Using psychiatry as a weapon is a cheap trick that the Soviets and post-Soviets have been engaged in since the Cold War. I wrote about this general topic – the link between psychiatry and power – at the grad level but sadly, the professor I wrote for came to Canada from a Soviet-occupied country, so their perceptions and judgment were, IMO, all messed up and out of whack.*

I had a lot of problems with that professor which to this day remain unresolved.

Judging from what I’ve seen, I think Krystsina Tsimanouskaya probably made the right choice.

In an exclusive interview with Reuters in Warsaw on Thursday, she said her family feared she would be sent to a psychiatric ward if she went back to Belarus, and that her grandmother had called her to tell her not to return.

What kind of monster would send an innocent young, apolitical woman to a psychiatric ward? To answer that question, I will quote a Catholic priest who said during my conversion from the Anglican Church:

So for all its problems and scandals, for me the Church came through on that point. I couldn’t agree more. Sometimes  genuinely mad men and women use psychiatry to persecute innocents.

They think that we are scared to make a move, that we are afraid to speak, afraid to tell the truth to the whole world. But I am not afraid,” she said.

* Of course, not all defectors turn out to be weirdos. I had another professor who defected from a communist-occupied country and they were great. No, it was just this one in particular who seemed really off-center. Perhaps it has something to do with their degree of involvement with the ‘old regime.’