Carl Gustav Jung (1875-1961) was a Swiss psychiatrist and man of letters whose legacy in the humanities is second only, perhaps, to that of Sigmund Freud.

Freud is routinely cited in textbooks and dictionaries of society and culture while Jung is only occasionally mentioned. That’s probably because Freud, with all his limitations, was the first to offer a fashionable schema for the psyche that included the so-called unconscious mind. (A less rigorously defined idea of the unconscious had been around for centuries.)

Overshadowing Jung, Freud’s enduring popularity could also be due to the fact that he speaks to a level of personal and social awareness that most of the visible members of 21st-century society are able to understand and appreciate.

Freud still hits, as it were, because his reductionist theory reflects the status quo.

Jung did not emerge in a vacuum but became in fact, Freud’s favored disciple. Accordingly, Jung’s model of the psyche builds on Freud’s work.

In the early stage of Jung’s career, the young Carl distinguished himself by developing a word-association technique, finalized in 1906, which apparently identified unconscious complexes. Basically, if a subject paused while associating words, this measurable time delay pointed to the existence of an underlying complex. 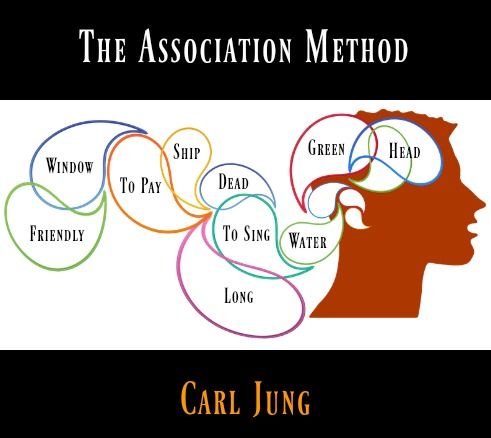 In 1907, Jung visited Freud and quickly became a key member of Freud’s inner circle in the newfound school of psychoanalysis. As Freud’s protégé, Jung began to formulate his own theories, especially in relation to the libido.

Fearing his professional differences with Freud would rupture their warm “father-son” relationship, Jung withheld his ideas until 1914, at which time he publicly split with Freud.

After that, the two never spoke again.

From 1913-1919, Jung encountered what he envisioned as a creative illness. Jung minimized his activities and mostly withdrew from society. During this period he explored the collective unconscious in a somewhat pioneering and evidently controlled flight into the psychological underworld.

Jung maintained his mental balance during this time with the help of family ties, dream representation, inventive play, and by developing the psychotherapeutic technique of active imagination. After emerging from his creative illness and returning to daily life, Jung began to make significant and lasting contributions to psychiatry and to the history of ideas.

In the 1930s, some controversy arose mainly because Jung headed the International Psychiatric Association, an organization that was funded by the German Nazis.

In his memoirs, Jung recounts that he was compelled to make a difficult ethical choice, deciding it best, in the long run, to work at advancing psychiatry within the existing totalitarian political conditions in which he found himself. Scholars and writers still debate the ethics of his choice, their opinions being formed in hindsight.

Jung was involved in another scandal concerning his lack of marital fidelity. One of Jung’s kids basically said on a TV interview that his father was a distant, deadbeat dad. Jung apparently believed it was okay to have extramarital affairs if that contributed to his psychological research and theory.

This may seem surprising to us today, but Jung lived in an era of the freewheeling thinker, one far less encumbered by political correctness than the average university professor in the 21st century. So I suspend judgment on this one.

Jung has also been seen as racist, particularly with his comments on the “lax” blacks in America. (Not many Jungians mention this but I pointed it out in a graduate paper, not wanting to idolize but rather, study Jung).

So Jung was far from perfect and largely a product of his time and place in history. Regardless of all his warts and blemishes, his work on synchronicity and numinosity is nothing short of groundbreaking. And his innovative view of personality types directly influenced the Myers-Briggs model and its many offshoots still applied today.

Also, it should be noted that later in life, when safe to do so, Jung thoroughly criticized Nazi Germany, likening its sinister powers to the activation of the Teutonic Wotan archetype.

According to Jungian lore, at the moment of his death Jung’s favorite tree at Küsnacht was struck by lightning. Around this time, Jung’s old friend Laurens van der Post dreamed that Jung appeared to him saying, “I’ll be seeing you.”

From my perspective, I’d say Jung was a very sharp guy who achieved some kind of basic spiritual awareness. He used his Swiss precision to (again, imperfectly) analyze and classify everything he saw. And even if we personally go further, higher or deeper in our own lives, the conceptual tools Jung provides may still be useful when trying to communicate our spiritual life to others.*

In fact, it’s the ones who don’t want to talk about their spirituality that I sometimes find suspect, as if they have some terrible secret to hide.

Chances are if you haven’t met someone like this yet, you will eventually.

* For example, in my review of Halt and Catch Fire.