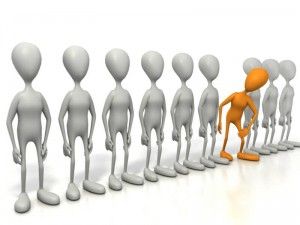 Andrew Newberg seems to be an intelligent, open-minded researcher who is doing the best he can, given his level of spiritual knowledge. Some of his comments seem pretty obvious from sociological and theological perspectives. But the fact that he’s a medical doctor makes this podcast interesting and fresh.

For me, once we get to a certain place, we have reason to believe that spirituality is about trying to do God’s will and we don’t just sit on the fence but rather, take a stand with regard to the very different approaches to life found between atheist materialists and believers in God.

Back in the early 90s I wrote a graduate paper exploring connections and differences between so-called ‘healthy’ vs. ‘unhealthy’ spirituality, ideas of normality and truth, and how these questions could be linked to prevailing societal beliefs and practices.

Sadly, the professor I wrote for came to Canada from a communist-occupied country and in their case, it seems their heavy – or perhaps I should say strange – baggage influenced their assessment of my work and its potential.

The professor initially agreed to supply a letter of recommendation for post-doc funding and then changed their mind near the deadline, and did so without even looking at my proposal.

Unceremoniously dumping my manila envelope in the student mailbox, something other than what I wrote influenced their decision to cut me down.

So in a kind of sick way, my idea that social power plays a role in this ongoing conversation was supported. Fortunately, cowards and incompetents like that professor can only hide out and influence people for so long. And it seems the discourse in this area is shifting toward a more positive direction—which is what I have been advocating since the 1980s.