FBI Special Agent Nick Shenkin, the Director of the Strategic Technology Task Force for the FBI’s San Francisco Field Division, spoke out about the threat in an interview published on Thursday. 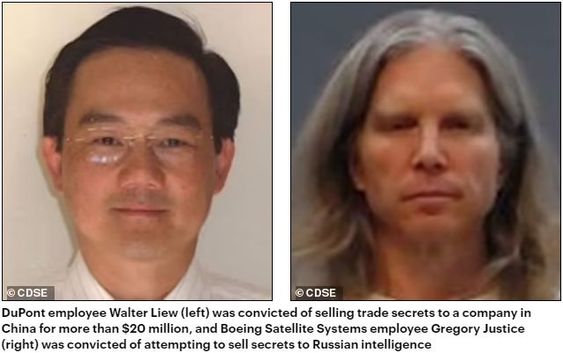 A long time ago when the internet was new I was already working to free Canada from what I saw as a pernicious presence—a hostile network of criminal spies who were eroding the very fabric of Canadian democracy and even worse, a network that most gullible and naive Canadians didn’t even know existed.

I remember doing emails from my National Capital Freenet account. I had been shafted by the university so couldn’t afford internet and an internet-capable PC at home. So I did my thing in the library. As my money ran out along with my prospects for gaining employment in academia, I turned more and more to the web to try to not only fight the blight that I believed was behind my financial misery, but also to carve out a new career path through Earthpages.

There were two or three prominent Americans whom I told my story to. I warned them, saying you gotta believe me, this hostile is a big-time stinker and won’t stop at Canada. If you allow this clever creep to get a foothold in Canada, that presence will surely spread into the US.

They didn’t listen, of course.

They saw my situation as an obscure Canadian problem, nothing that could affect the great and powerful USA. One intimated that if we had better immigration laws, I wouldn’t be in such a fix.

In a sense, she was right but still, it seems she entirely missed the point, too wrapped up in her own local battles to see the looming threat just beyond the border.

So sure enough, the perceived hostile in Canada continued to publish, spreading their disease into American publishing houses.

Parallels with Biden’s inept handling of Afghanistan can be seen today. If you allow a hostile to get a foothold in a stable base, they will surely use those resources to spread their malice beyond that region. Hitler did it when he invaded neighboring European countries.

At first, a shortsighted US administration saw Hitler as a “European problem.” Not until the Nazis began to occupy and benefit from other countries’ natural resources did the US realize they had a serious, escalating problem on their hands. And just like now with the Canada disease, the US waited until the very last minute before getting involved.

Pearl Harbor tipped the scales and finally, the democratic giant of the free world mobilized.

I don’t blame the US for feeling this way—that is, for delaying so long. It’s a pretty natural dynamic. We tend to care less about stuff we believe won’t hurt us and more about problems in our own backyard.

But I think the time has come for the US to wake up and realize they are not a fortress, isolated from the rest of the world. With today’s global interconnectedness, no country is entirely invulnerable. The entire nature of warfare has changed. Instead of clearly drawn battle lines, we need to discern and weed out the bad actors within the very walls of our cities, towns and neighborhoods.

Okay, cities don’t have walls anymore. But you get my point.

That bad actor hell-bent on destroying democracy could be your neighbor, your boss or even your husband.

Especially if you know.