Shortwave is a modern looking open source Internet Radio player for Linux desktop. We take a quick look at it after its recent stable release. 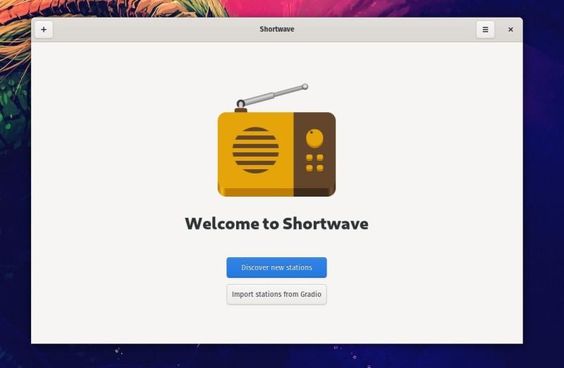 First, I’d like to talk about the page I’ve linked to. It’s FOSS has proved to be a no-nonsense resource for those like myself who have taken the plunge to learn what basically is a second language… LINUX.

I can’t recommend LINUX enough. It removes us from the tyranny of iOS and Windows-based consumerism. And it’s fast.

Right now I’m using an old Pentium M class PC to post this, running on Lubuntu 20.04.3 LTS. True, I’ve hitched up the older PC to a Windows PC via Remmina (another great Linux app) and Tight VNC (for the Windows server).  But the point is, instead of buying a second PC for working downstairs, I can get by just fine with the old Pentium M PC which was given to me for free – that is, recycled – through Kijiji.

So many people talk Green while running out to catch a flight to their next International Green Conference in Helsinki or Nairobi. And making sure to purchase a new iPad before they go just so they can have all their important Green Facts at their fingertips while speaking. Meanwhile, humble, real people like myself don’t just talk. We actually live and do Green. 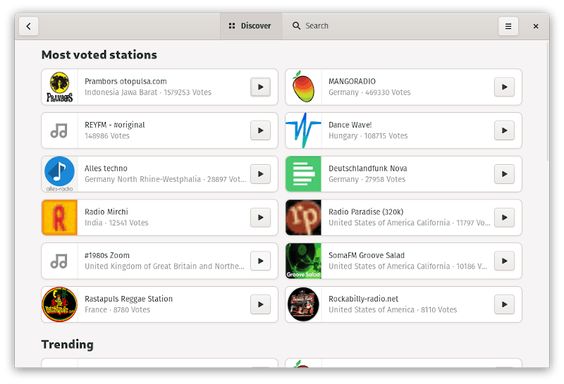 We use our wits to conserve. We don’t physically travel – which devours nasty anti-Green jet fuel – and we generally consume less.

So when someone flies to Helsinki (or wherever) to tell me to be Green, I just laugh at their hypocrisy.

Anyhow, to get back to the point at hand, radio is a much better, faster way to travel—international radio that is. I suppose there is a Windows equivalent to this app but I find that Shortwave rocks. Last night I was listening to what’s hip in China, some American bluegrass, Classical from the Netherlands, my old DJ slot at Trent Radio, Canada, and the list goes on.

All this within a few minutes!

The tuner and especially search on Shortwave are excellent. The GUI is just enough to be fully functional but without graphics overkill.

Learn Linux, be Green for real, and rock the world with Shortwave! 🙂