Don’t get me wrong. I really like Stargirl. It brings out the unresolved teenager in me. Don’t we all have a bit of that? 😅 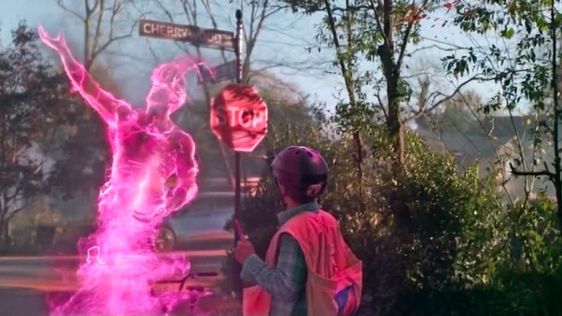 But while watching last night I couldn’t help but notice this alarming passage. The pink genie casually says to the boy:

It’s never a good thing when other people see me. Reactions range from mild amusement to sheer panic. Sent one guy to the ER. Heart attack… He recovered. I think… I don’t know. He was old. He probably didn’t have much time anyway. Uhhh. This is fun!

Imagine if you took out the word “old” and put in “black” or “gay” or “trans” or “indigenous.”

But hey, it’s just fine for a major US network to devalue and insult older people. Also for a Canadian network to not get out the PC Police to censor the show.

I do believe in freedom of expression. But that includes my freedom to say that this passage is sheer and utter b.s!