Six girls, some as young as five, were paraded naked as part of a village ritual to summon rainfall. 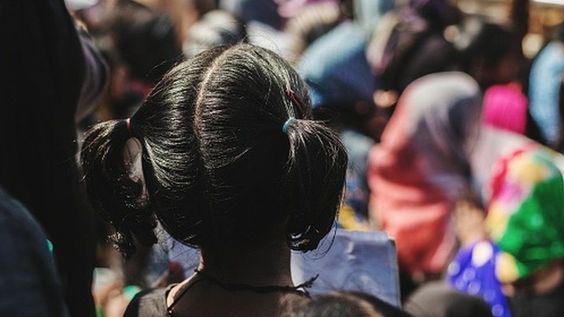 This is a surprising article that anthropologists and psychiatrists alike would no doubt wish to weigh in on.

Some might argue that there’s nothing wrong with being naked and those who see it as a transgression are simply projecting their own hangups onto the idea or event of nakedness.

On the other hand, most cultures do have strong taboos against nakedness. And in the case of minors, the dominant contemporary perspective is that children are not in a position to make an informed choice about whether they wish to be naked or not—quite simply, their brains are not fully developed and they are inexperienced in life. Moreover, some minors may be forced into nakedness, which is another situation altogether.

I recall entering a co-ed sauna at the downtown Peter Robinson College at Trent University back in the mid-1980s. All participants were in their mid-twenties and the co-ed sauna was entirely accepted by the U back then. I’m not sure if that would fly today. I think Peter Robinson College has been dismantled in favor of a cynical kind of centralization that makes more economic but not cultural sense for that institution. So the co-ed sauna probably disappeared along with the downtown satellite college, although I’m not sure.

Anyhow, it was a good experience. Again, all the guys and gals were adults in the sauna, and all were at least partially naked, maybe wearing a towel around the waist, maybe not. Funnily enough, in that context of making an adult choice, without exception everyone was incredibly decent. Nobody “checked out” another person sexually. It was quite remarkable. Sort of like an “Adam and Eve” event before Eve was tempted by the serpent: Innocence. Decency. Fraternity. Sorority. Cheerfulness. And whatever word might combine all five of those qualities.

To me its seems adults usually behave worse when clothes are on, taking those quick glances to satisfy some sexual curiosity or desire.

Kids, of course, are different from adults. But if everyone in society were raised from day one to not fear or be ashamed of nakedness, would it be a sin or psychologically harmful for kids to be naked too? Or are human beings hardwired to not be naked, making cultural taboos a reflection and reinforcement of innate realities? That is what a psychiatrist would probably say. I’m not sure about an anthropologist.