The 21st century is turning into an era of globe-spanning holy wars at a time when the appeal of actual religion seems to be on the wane. 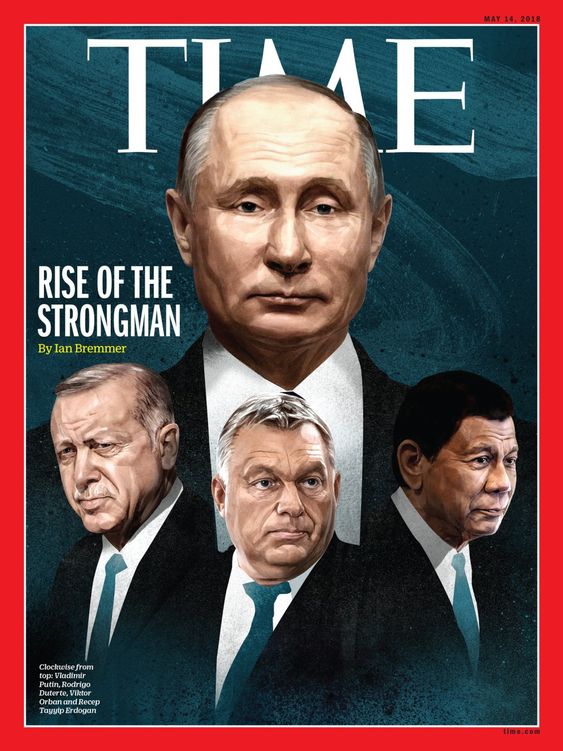 The author in the above-linked piece says the primary ideological conflict among nations is no longer seen as ‘democracy vs. dictatorship’ but rather as ‘Western decadence’ vs. the ‘honorable traditionalism’ upheld by strongmen in oppressive places like Russia and China.

This view can be seen as a gross simplification but – to give the benefit of the doubt – the fact that the author is talking about the presented and not necessarily the actual conflict could perhaps save his argument.

The idea of the strongman is nothing new to social psychology and religious studies. Following the work of the Swiss psychiatrist Carl Jung, I tend to see strongmen as sort of dizzy, damaged monsters blinded by the power of some kind of ‘archetypal’ or ‘spiritual’ obsession. Not unlike a virus, a strange external influence finds a backdoor into the psyche via an unresolved complex (or complexes) lingering in what both Sigmund Freud and Jung regarded as the personal unconscious.

So if daddy whips or slaps a boy for being bad in childhood that boy develops a massive hurt that later in life some kind of strange power tries to exploit. And until the boy – as a man – resolves their unconscious and deeply repressed pain, chances are they will continue to be dominated by and try to dominate others with that dark oppressive power.

Like all nasty viruses, that strange power wants to replicate itself in as many hosts as possible. So what might initially seem like honor or love to some naive souls eventually reveals itself as a cloak for a conflicted, false, and oppressive agenda.

I observed this dynamic in a man who came to Canada from a communist country. This individual indeed seemed to possess strange and unusual powers of perception. But everything about him was darkly cynical and ass-backward. For example, talking with feminists was “hopeless” according to him because feminists would always find fault with whatever position he took. Apparently, he just couldn’t handle the fact that some women were smarter and more flexible in their thinking than he was.

However, this individual’s obsession by an unusual kind of power became most evident when he became personally abusive. Apart from the usual flashing, kaleidoscopic eyeballs, angry authoritarian speech, and a seemingly near-psychic sense of knowing, the phenomenon of spiritual obsession is difficult to publically illustrate or verify so I hesitate to elaborate.

Put simply, when two intuitive individuals meet, sometimes it’s wonderful but once in a while, it’s awful.

My encounter with this man was mostly the latter.

I say mostly because very few people are entirely rotten. And perhaps that shred of human decency retained by the bulk of humanity is the hope we all share for a collective future not marked by total dystopia.