The rates of gun crime in 2020 were the highest ever. 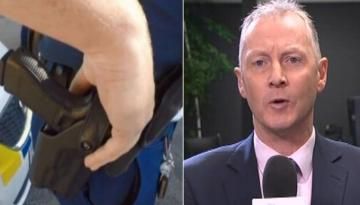 Here we go again. “Gang tensions” and “those violent video games” are held accountable for a rise in violent crime in New Zealand. No mention is made of the white-collar criminals benefitting from and pulling the strings higher up in the ‘crime hierarchy’ as we might put it.

Blaming guns and street-level gang members is like blaming foot soldiers (and their weapons) for the violence that ultimately stems from a nation’s top military commander and in the US, the Commander in Chief—i.e. Joe Biden.

Can you see the analogy?

So the next question is – Why are while collar kingpins and queen bees so often overlooked on this issue? Are they not the real posers who profit most from this global escalation of discord and death?