As overdose deaths keep surging in Canada, the movement to decriminalize illicit drugs is gaining steam, with one of the country’s largest mental health facilities joining national advocates and several major cities in pressuring Ottawa to act. 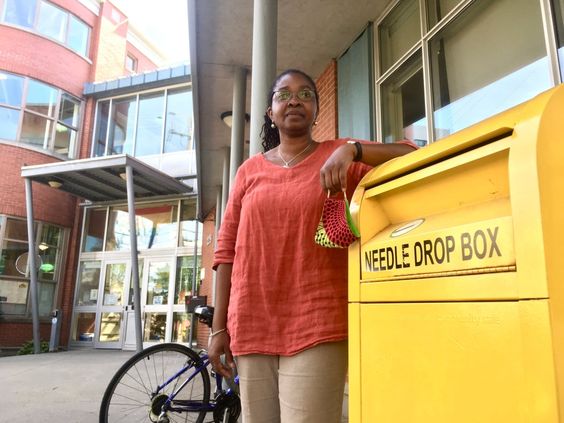 Remember prohibition? Of course you don’t. I don’t even remember it and I was born in the early 1960s. No, prohibition occurred well before then. It lasted a couple of years in Canada and over a decade in the USA. During the 1920s and 30s prohibition was about making liquor illegal. And guess what? This wasn’t only the birth of blues music but also of organized crime.

In the face of this crime wave, law enforcement struggled to keep up.*

In a nutshell, if you repress something through government, the people will usually find ways, legal or not, to get around the oppression. Likewise, if you rip people off for too long, that also will incentivize people to find ‘creative solutions’ around the problem.

Remember Napster? The music industry basically lied to consumers about how much it cost to produce a CD. So music prices skyrocketed during the change from vinyl records to plastic CDs. Consumers sniffed out the lie and soon after many took to burning CDs and then, downloading music on Napster.

The music industry reacted, of course. Napster was shut down and legal places like Spotify and Stingray took off.

Turns out people do, in fact, like getting their music legally more than illegally. But for a while, there was a mass reaction to the record companies routinely ripping them off with the aid of misinformation about production costs.

Concerning drugs, Trudeau in Canada legalized weed in 2018 but it took until the third quarter of 2020 for the legal and illegal market shares to come together. 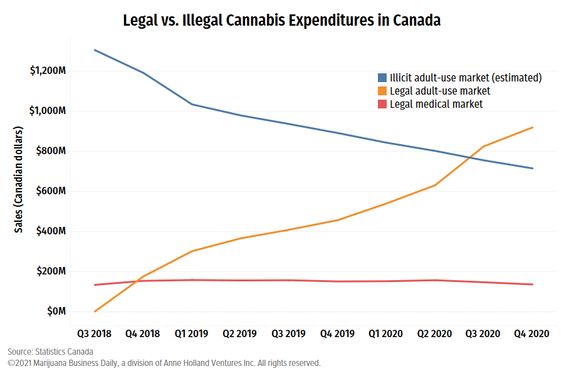 So if we can believe these statistics – stats are not always accurate – it seems that legalizing dope has brought the numbers down on illegal cannabis trade revenues.

However, if Trudeau’s Liberals tax the weed trade too much, these numbers could always reverse. This hasn’t happened with booze because there’s no infrastructure in place for illegal alcohol. But that is not the case with weed. Druglords do not want to lose their market share. They already have elaborate underground networks in place for getting their ‘product’ into the country, and probably want higher taxes on legal dope to drive up their illegal percentages.

Should everything be legal?

My feeling is that we should legalize most drugs but teach the children, as the old song goes, about the risks and hazards of taking them. This includes not only narcotics but medical drugs too.

Not only will people be healthier. Think also of the money to be saved from not putting so many unfortunate individuals – in the US about two-thirds of them black – in jail for drug violations.