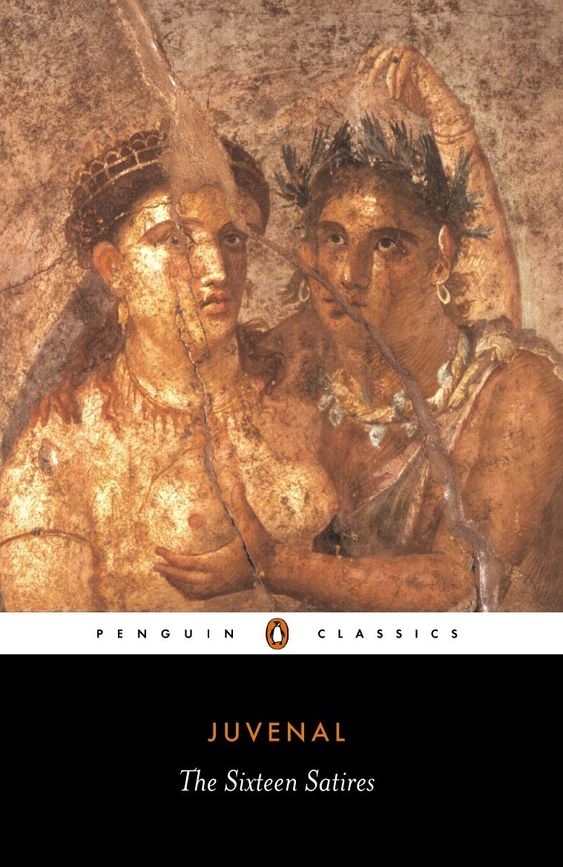 Juvenal (Decimus Junius Juvenali, c. 55-130 CE) was a Roman satirist and the possibly adopted son of a wealthy freedman.

He turned to satire later in life, and scholars agree that Juvenal gives an accurate picture of the social and political conditions of ancient Rome.

Today, his sharp, critical eye serves as a reality check against those who tend to gloss over the dirt, violence and hypocrisy of the so-called “classical” world of ancient Rome, a world which incorporated Jewish, Greek, Egyptian and other elements within its overall power structure.

Put simply, some rave about the glory of ancient Rome but downplay its garish and gory aspects.

In Juvenal’s time, the ancient world was typically corrupt, hypocritical, violent, sexist and cruel, with large numbers of miserable have-nots (slaves and the over-taxed poor) at the whim and mercy of a tiny group of powerful elites. New emperors were often backed by the military – or the most effective military – and not necessarily by the people.

As for Roman religion, Juvenal writes that sacred temples were often used as meeting places for casual hetero- and homosexual sex. To the “provincial” Naevolus he says:

It’s not so long, I recall, since you used to hang around the temples of Ceres and Isis, or Ganymede’s little shrine
In the temple of Peace, or Cybele’s secret grotto
On the Palatine Hill – all such places are hot-spots for easy women.
You laid them by the dozens then, and (something you don’t mention)
More often than not you would have their husbands, too.¹

And his take on the Roman state religion’s feast days is just as controversial.

What feast-day’s so holy it never produces the usual quota
Of theft, embezzlement, fraud, all those criminal get-rich-quick schemes,
Glittering fortunes won by the dagger or drug-box?²

Like anyone who steps over the line, Juvenal was exiled by Trajan or Domitian to either Egypt or Scotland for insulting an actor favored by the court.

Contemporary scholars do not agree on Juvenal’s true intentions. Did Juvenal believe in his criticisms or did he use satire to attack others who saw things the way he wrote about the Roman world?

While Juvenal’s mode of satire has been noted from antiquity for its wrathful scorn towards all representatives of social deviance, some politically progressive scholars such as W.S. Anderson and later S.M. Braund have attempted to defend his work as actually a rhetorical persona (mask) taken up by the author to critique the very attitudes he appears to be exhibiting in his works.³

With most forms of artistic representation, it is unwise to jump to conclusions about the author’s true beliefs and motivation. For instance, an unsophisticated thinker might suppose that my Halloween soundscape advocates or delights in the notion of a murderous professor compromised by the underworld. However, a mature thinker would see that I am disgusted by this possibility and for my own psychological well-being must express rather than keep it to myself.

Humor can be a safety valve. Even so-called “gallows humor.”