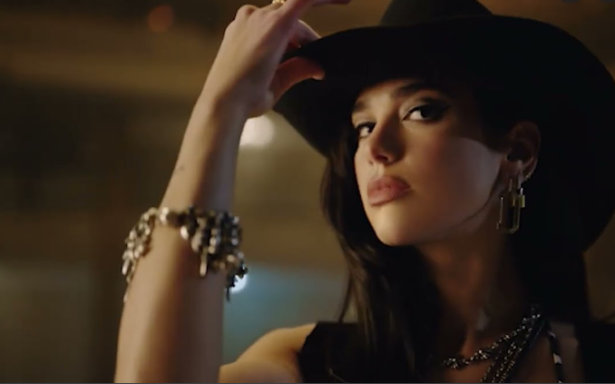 I have an old-style radio in the kitchen that belonged to my dad. I turn it on when cooking dinner or just for some low ambiance vibes near the dining room. It’s almost always on Virgin Radio, which is Toronto’s top Top 40 pop station.

So this song comes on a lot. And it really stands out. I Like Dua Lipa. I’ve liked her from the beginning when I first heard her while out driving. I originally thought her name was made up but it’s actually real. Sorta a cool name for a female pop star, don’t you think? She has an interesting ancestry that comes out in so many ways.

I like how her music synthesizes so many different styles. And yes, she is quite sexy in a sort of sultry, slightly ‘heavy’ way (let’s face it, she’s not angelic like, say, Karen Carpenter).

But I’m always sort of disappointed with her videos. It almost seems like some cheesy theme is chosen to maximize profit. And I suspect she is a smarter, more insightful person than all that. In other words, to me, her videos sell her short a bit.

I could be wrong. And maybe it’s just a ‘dad’ thing, now that I am getting on in years.

Maybe some Brits are still fascinated with that country-western thang… but me, I’ve had more than enuf! Especially when it so blatantly sexualizes a woman and arguably women.