The new Cold War drama series Glória opens (5 November) in August 1968 with news of the imminent Soviet invasion of Czechoslovakia buzzing in the smoky bars and safe houses where members of the espionage community hang out. 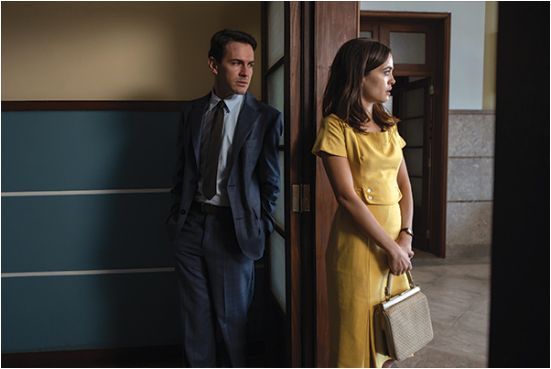 People think these violent Machiavellians are a thing of the past. They watch their Netflix assuming they are seeing something like Get Smart, just in a faraway land. However, what they do not realize is that many of these desperate reprobates immigrated to other countries, took seemingly ‘legitimate’ employment – some marrying naive local women and men – and spread their rot into otherwise good democratic nations.

So when today, we see politicians acting weird, do not instantly attribute it to their particular psychology. No, we might attribute it to the lasting presence and clandestine influence of hostiles embedded within our otherwise decent, democratic nation.

But the Soviet Union fell, why do you think Cold War spies still have an influence? you might ask.

Duh. The surface politics changed but many of the ruthless operators continued to do what they do best—namely, get what they want by coercing others through deceptive and violent means.

Just look at the current head of Russia. Former KGB…

Putin worked as a KGB foreign intelligence officer for 16 years, rising to the rank of lieutenant colonel, before resigning in 1991 to begin a political career in Saint Petersburg.

1991. What a lovely coincidence. He retires from being a KGB and goes into politics just when the old regime – at least its surface appearance – was about to fall (the Soviet Union was dissolved December 26, 1991).