Tourists really do come from all over to see the Big Apple. 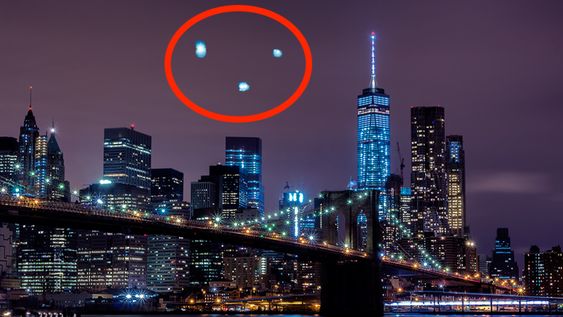 There actually is a far more mundane explanation, outlined in the page and video linked to above.

As to why two lights suddenly disappear, has everyone forgotten about that strange new formation called clouds?

Often when I look at the moon, one moment it is there, the other it is not.

Still, it is fun to think about ETs and UFOs. I believe in them. But I think most sightings are hype or hucksterism. The real ET connections, IMO, might be intra- or interpsychic. But I suppose they could be that and the ET also possesses some kind of unseen physicality.

There is a whole branch of conspiracy theorists who claim the US government actually has a crashed craft and is trying to reverse engineer it. I myself have no way of knowing if this is true or not.

Good to keep an open mind but to not believe everything without hard evidence.