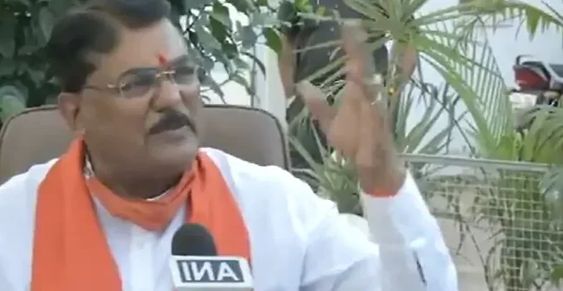 Source: PM Modi is an “incarnation of God” like Ram and Krishna, according to a Madhya Pradesh minister | Nokia News

Everyone’s a holy man in India, I used to joke when I was a grad student in that country. I wouldn’t say, to please the feminists, that every woman is a holy woman in India because that just isn’t true in a nation miles behind others in terms of gaining equal rights for women.

I too fell for that ‘holy man’ self-aggrandizement trap, or should I say trip. Because I am intuitive and contemplative by nature, many of the village people – and few ‘educated’ folk – treated me differently from most of the other foreign students.*

Differently in a good way, mind you. They called me “Michaelda” which affectionately means “Brother Michael.” Couple that with the fact that I had a professor who was more a mystic than an academic, and I definitely believed I was special. Sort of like a young guru-in-training.

Crashing landing when I returned to Canada, a place so secular and materialistic – which some exceptions, of course – that the young ‘guru-in-training’ was suddenly just perceived as ‘weird.’

I got that so many times upon my return and have lost a lot of old friends because they just couldn’t keep pace with the changes I went through—nor me theirs. This highlights the immense cultural difference between the two countries and their respective worldviews. One has its nose to the ground and the other is lost in space.

Both are wrong. And both have much room for improvement.

But that’s just humanity. We are a pretty impressionable lot when you get right down to it. We follow the trends. We ape the speech patterns of the crowd. We are desperate to fit in, wherever we are.

The American mythographer Joseph Campbell built on the work of Carl Jung by trying to delineate different ways in which the ego can relate to the so-called divine. I don’t agree with everything Cambell says but at least he made a stab at trying to sort this out. You can check out my summary of Campbell’s ideas here.

One of the dangers of seeing people as holy men or women is that it opens the door for all kinds of authoritarian abuse. I have witnessed this so many times in my path toward where I am now. I allowed my critical faculties to take a backseat (they never disappeared altogether) and was almost gobbled up by an unseemly combination of Hindu, Buddhist and New Age mysticism.

Luckily, God cut thru the haze and I, with the help of a couple of Catholic priests who literally prayed over me, found myself in a better spot. This didn’t happen overnight and I felt under attack for quite some time, feverishly praying the St. Michael prayer to rise above the confounding vibes that were causing me grief and confusion instead of clarity and joy.

The “all religions are the same” people probably won’t like this story. But it is the truth as I experienced it. Not to say that my journey into Catholicism did not pose its own challenges!

As I say, humanity is pretty simple and we tend to confuse the spiritual with the social.

And that can lead to dangerous abuse in any religion.

*Forget political correctness, that is what they called international students… foreign.