As the Russian military continues to squeeze Ukraine from three directions, Canada and its NATO allies are trying to de-escalate an increasingly volatile situation. 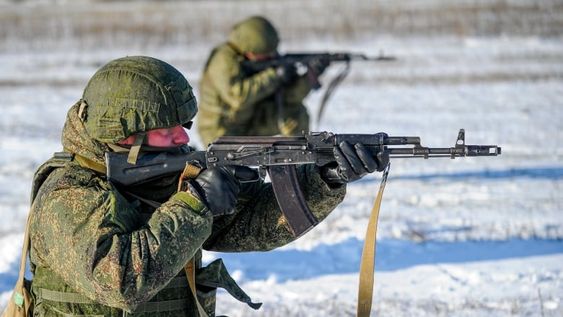 Source: Russia could be on the brink of invading Ukraine. Here’s what might happen next | CBC News

So just yesterday I was talking about how hostile Russian and Central European operatives could be infiltrating Canada, influencing our country, and even diverting tax dollars in ways unfavorable to Canada and everyday Canadians.

And yet today, we see Trudeau posturing against Putin, as he often does. “We will join forces with NATO… blah blah blah.”

Isn’t there a disconnect between this and my theory? I mean, if Canada is truly under Russia’s thumb, why would we be sending out troops to Ukraine?

Hmm. Think about it.

Is life ever that simple? Ever that black and white?

Imagine this analogy. A wife is cheating on her husband. Let’s say he knows about it but she’s the one with the money so he puts up with it. He has little practical choice. He either puts up with her cheating or is out on his own… grubbing for welfare and unable to get an apartment or a decent settlement because she won’t agree to a divorce. And her rich and connected lawyer daddy would make mincemeat out of him if he tried to take her on.

So he shrewdly chooses to put up with her cheating. And when the couple attends gala parties (remember she’s rich) and other high society ‘dos,’ he plays the game. They are a happily married couple. Everyone thinks so except for the unfaithful wife, her secret lover, and the unhappy husband.

Do you see the connection with this analogy?

Justin Trudeau’s father was the PM of this country. So as average as Justin might seem he is actually quite politically savvy. He knows from his father’s teachings that you have to keep organized crime on your side or you are in deep trouble. But Trudeau cannot reveal this Machiavellian political fact to the populace. They are far too naive to accept that. So he postures and poses as if he really plans to take Putin and his gangster-ridden society on, which he doesn’t. Not domestically, at any rate. He keeps quiet about his many compromises – there are over 2000 organized crime groups in Canada – due to all the usual fear that goes with crossing unlawful undesirables. Trudeau is no dummy after all and is, in fact, quite a clever politician.

Just like the husband and his cheating wife, everything looks great in public but in private, the situation is a total mess.

We could draw a similar argument with the Bidens and China. Let’s not forget those cozy business dealings between Hunter Biden and China.

However, the media swept that and Hunter Biden’s laptop under the rug. Some outlets even censored the story partly because most people don’t want to hear difficult stories. It’s too complicated and potentially upsetting. So the average naive citizen lives in a kind of fairy tale about their great ‘democratic’ land.

The problem is, when the fairy tale becomes just too false, the entire story of civilization begins to fall apart. And I think that is what we are beginning to see not only in Canada and the US but around the world.

Corruption is strangling the world from its ability to breathe the air of freedom and opportunity – I can’t breathe! – and the average, law-abiding citizen is the real victim here.

One thought on “Russia could be on the brink of invading Ukraine. Here’s what might happen next | CBC News | Opinion”