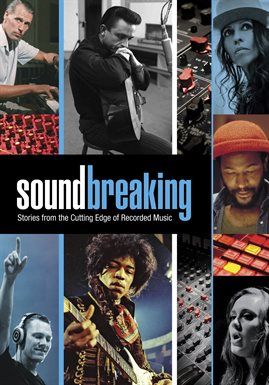 Well, I finally finished watching all 8 Episodes of Season 1. Part of the fun was streaming it wirelessly to our TV, although some bits I watched just on a small laptop screen. I need to change my viewing strategy to avoid burning out my eyes—literally!

I can honestly say this “unedited” series almost never got boring. Sure, there were moments where I felt saturated and had to turn it off halfway and resume later. But that’s normal for me. I rarely watch a show or episode from start to finish. Perhaps that’s a leftover from the days where TV ads used to punctuate your viewing time and you would run off to get chocolate milk or a bowl of ice cream.

Those little breaks gave our minds a rest, I think. So as much as people say “ads are bad” I’m not convinced. (I actually prefer to keep the ads in Spotify not just because I’m cheap but because it feels more ‘alive’ that way. And any idiot can hit a mute button on a PC keyboard and wait for a minute or two).

Maybe I’m just another brainwashed Western person. Who knows. But maybe not. If anything, this series shows us just how intertwined Western commercialism and pop music really are, and how these two social drivers have always been walking hand in hand.

Quite the love story.

Not only with the perceived market but how we actually buy, listen and sell, from the old wind-up gramophones to modern streaming, technology has always been key to music. Not the key. But a key, I would say.

Brilliant and pedantic – We’re human after all

Sometimes while watching this I wondered if some of the stars were sort of coached on what to say. “Oh James Brown, James Brown… when I heard that… well, my whole world just stopped,” etc. Yeah, some of it seemed rehearsed or pretty obvious stuff. Annie Lennox comes to mind here. Except when talking about gender issues and her (back then) nonconformist hair, her sometimes not too fascinating “insights” seemed like a lot of common sense we already know about.

Don’t get me wrong. Annie Lennox to me is an important artist. But like so many of these musical geniuses, they come off pretty average when they talk. Neil Young is another person I view that way. Great artist but uninspiring when he talks about other things.

Nothing wrong with that. In fact, the banality of some artists in real life adds an interesting contrast to their artistic genius.

To return to James Brown, however, I’ll admit I just don’t like his stuff. They say he’s the granddaddy of funk and yes, I love funk. But James Brown, when I see and hear him performing something just turns me off. Turns out he was accused of physically beating young Tammi Terrell because she didn’t stay to watch one of his performances to the end.

In 1962, 17-year-old Terrell became involved in an abusive relationship with James Brown, who was 12 years her senior. One night on the road in 1963, Terrell left Brown after he assaulted her for not watching his entire performance. Bobby Bennett, former member of the Famous Flames, witnessed the incident. “He beat Tammi Terrell terrible. She was bleeding, shedding blood. Tammi left him because she didn’t want her butt whipped,” said Bennett. | Source

Maybe a creepy and violent streak is what I was discerning in Brown, who knows.

Sometimes we just need the 70s

Speaking of Tammi Terrell, what a gem. Just when her star is about to go nova she dies of a brain tumor at age 24. She had been working with Marvin Gaye and her death was a huge factor in his coming up with this brilliant and touching album, What’s Going On (1971).

I listened to this entire album last night on Spotify – yes with ads. 😅 For me, it was like a missing puzzle piece in my childhood. We all know the hit songs but most of us probably don’t realize the whole album is like one soulful, searching ballad asking why shit happens and if anyone really cares.

The tragic irony here is that Gaye himself was shot dead by his father while the son was trying to deescalate a fight between his mother and father. Gaye’s father had a brain tumor himself, so his sentence was commuted to manslaughter.

Two brain tumors played a huge role in the life and death of Gaye. I leave that for you to think about…

Dedicated to Putin and the Ukrainians, Trudeau and the Truckers, and anyone else wondering why, WHY, WHY does God permit bad things to happen, and if we can still stop our fractured world from exploding into pieces.