Harvard University experts will send a large balloon 12 miles above the Swedish town of Kiruna and have it drop 2kg of chalk dust into the stratosphere. 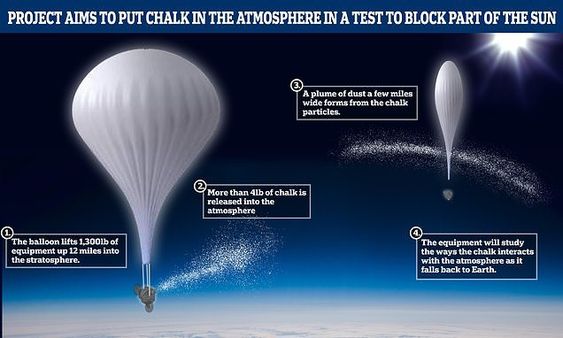 We cannot let this happen. I can’t help but think that a greedy, guilt-ridden older guy is having an end-of-life crisis and wants to fill the void of meaninglessness by playing God or if not God, at least the role of Global Savior.

What Gates may need is counseling, not the reckless messing around with our environment. He has no right to do this and should be charged if he and his whacked-out cronies actually do implement it.

We don’t need a handful of control freaks playing around with our delicate planet.

We need to prevent Gates and his like-minded ‘researchers’ from carrying out this potentially dangerous agenda.

If Gates is really so concerned about the environment, why not – as I have said many times – spend some of his billions on free Windows 7 updates? Many so-called third-world peoples still use Windows 7 computers and not forcing them to purchase new Windows 10 PCs would do wonders for our planet.

But oh no, that would cost too much money, wouldn’t it?

In a nutshell, we cannot let this greedy fool play God with our planet.