Kafka pursued an education in law and took a position in an insurance firm (1907-23) before moving to Berlin. He published short stories and critical essays.

His best-known work, Die Verwandlung (Metamorphosis, 1916), is about a man who awakes one morning to find himself transformed into a giant insect.

His unfinished novels were published after his death by a close associate, Max Brod. They include Ein Prozess (The Trial, 1925), Das Schloss (The Castle, 1926) and Amerika (1927).

Kafka’s haunting view of the world (known as Kafkaesque) has left a lasting impression in the arts and humanities. In essence, Kafka saw life from the perspective of the innocent victim of dark totalitarian regimes often cleverly masked through endless bureaucracies of “yes-men” and “yes-women” who submit to and reinforce stark authoritarianism out of fear and a desire for material benefit. 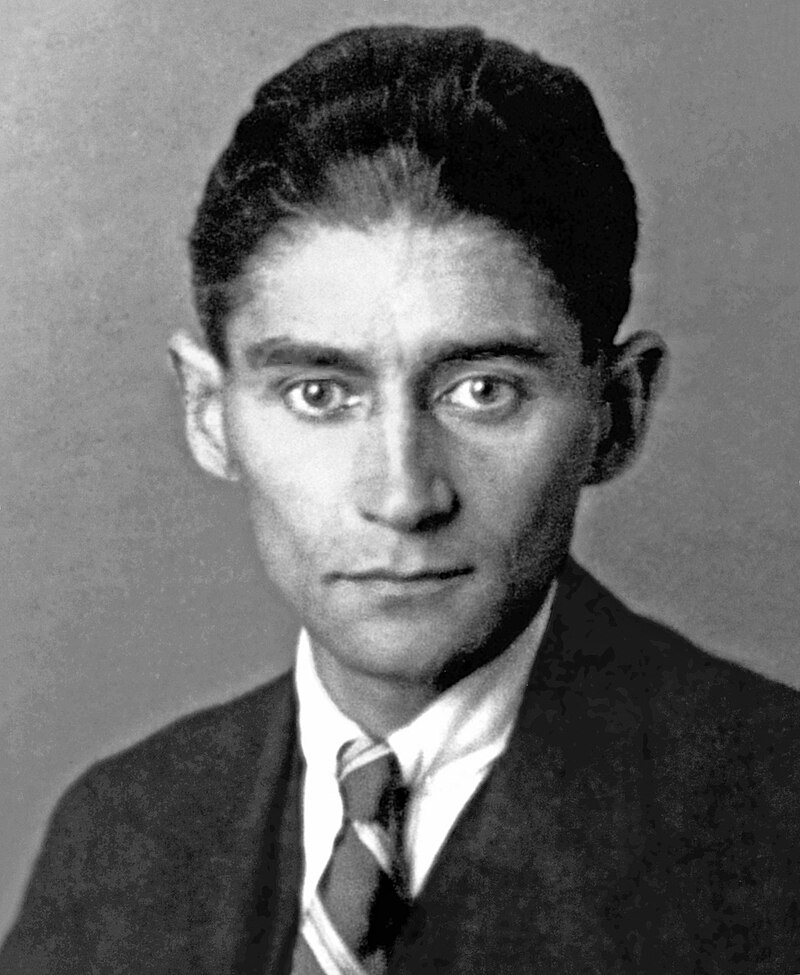 No surprise, then, that politically he was an anarchist.

But this brand of anarchism wasn’t about knee-jerk violence. Kafka was influenced by existentialism and attended anti-military and anti-clerical meetings at the Klub mladých, an informal assembly which eschewed authority – especially authoritarianism – in favor of the envisioned merits of a decentralized rule by the people.

Wikipedia helps to sort out just where Kafka fell in the political spectrum:

During the communist era, the legacy of Kafka’s work for Eastern bloc socialism was hotly debated. Opinions ranged from the notion that he satirised the bureaucratic bungling of a crumbling Austro-Hungarian Empire, to the belief that he embodied the rise of socialism. A further key point was Marx’s theory of alienation. While the orthodox position was that Kafka’s depictions of alienation were no longer relevant for a society that had supposedly eliminated alienation, a 1963 conference held in Liblice, Czechoslovakia, on the eightieth anniversary of his birth, reassessed the importance of Kafka’s portrayal of bureaucracy. Whether or not Kafka was a political writer is still an issue of debate.

Another Wikipedia entry notes that

Kafka would also define capitalism as a bureaucracy, “a system of relations of dependence” where “everything is arranged hierarchically and everything is in chains,” and that in the end “the chains of tortured humanity are made of the official papers of ministries.”

Kafka stood against military power so his understanding of anarchism was both thoughtful and peaceful—perhaps something along the lines of what Jim Morrison and The Doors dubbed “The Soft Parade.”

A hippie dream perhaps. But in fairness to Kafka, he died from TB well before socialism proved to be an utter failure and also before the hippies “capsized in excess” to be replaced by the yuppies.

And the wooden ships
Are a hippie dream
Capsized in excess
If you know what I mean.

2 thoughts on “Franz Kafka – Dark dreams with a piercing intellect”