Gatestone Institute  Every day around the world, 13 Christians are killed for their faith; 12 are illegally arrested or imprisoned; 5 are abducted; and 12 churches or other Christian buildings are attacked. These are among some of the disturbing findings of Open Doors’ “World Wide List, 2021” (WWL-2021), which was recently released and annually ranks […] 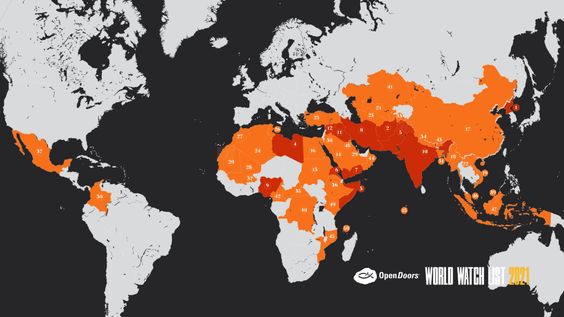 The question remains, however. Why do so few care? Why don’t we see this story on CNN and CBC?

Could it have something to do with politics and especially funding?

It’s a sad day when money plays into morality. But really, I think it’s pretty much always been that way.

The French thinker Michel Foucault once wrote that morality makes the headlines when a favored moral issue serves the agenda of those in power. Other moral issues are largely ignored.

But as Foucault also points out, a counter-movement (what he called counter-discourse) usually arises. It may take a while but sooner or later this counter-movement may perhaps become dominant. And so it goes, until politics and power move in some other direction.

How things actually unfold, well, this remains to be seen in real life.

In Foucault’s defense, he realized this. He wasn’t a Christian theologian or, for that matter, a Hegelian lost in grand theory.

Hegel believed that history unfolds through a similar kind of dialectic as Foucault’s but for Hegel, some form of spiritual principle (Geist) guides or oversees the process.

Foucault probably would not have agreed with that idea. His spirituality, as far as I can tell from his writings, was more about some kind of infantile ‘expansive’ encounter from taking psychoactive drugs.

This is not mature spirituality. But still, I like Foucault because he didn’t try to spell out some kind of religious or quasi-religious teleology. He just watched and reported how things went, as he saw them.