Academic systems rely on the existence of a supply of “outsiders” ready to forgo wages and employment security in exchange for the prospect of uncertain security, prestige, freedom and reasonably h… 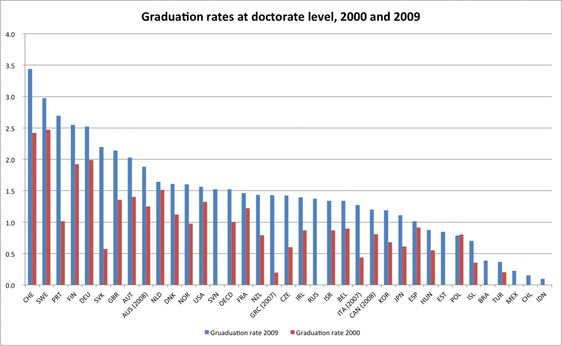 Whenever I hear that a given social body behaves “like” organized crime, my ears perk up.

Is that a safe way for the writer to suggest that organized crime has actually infiltrated that social body or are they just saying what they truly believe, that the social body merely behaves “like” a gang of thugs?

To suppose that cagey spies, thugs and organized criminals – they’re often transnationally connected through illegal activities like arms dealing, drugs, human trafficking and money laundering – have not penetrated the soft spot called academia to use it as a cover and thus abuse that noble institution and its trusting students is just plain folly, in my view.

And I don’t think the academic posting the above-linked article is stupid.

So I tend to go with the idea that he is being shrewd. Shrewd like so many others who don’t necessarily like what they see but also don’t wish to suffer the repercussions of actually calling something out for what it really is.

Priests, cops, politicians, and, I would add, scholars.

Just as not all priests, cops, and politicians are on the take and carry body parts around in plastic bags, it would seem the same would apply to academia.

There are many clean scholars who got there because they’re competent.

But alas, only a fool would assume that some bad apples do not exist in the hallowed halls of academia.

So I would say that academia may resemble a gang of thugs because a good portion of it is under a stranglehold by an actual gang of violent individuals who some would say represent the lower end of the human spectrum.

People don’t like to think this way. Academia is often cited as a ‘reputable’ body, perhaps one of the last places in the world that is not corrupted by horrifying violence.

No, most people would rather get upset about climate change and covid.

However, organized crime does just as much harm to real human beings and to our planet’s ecosystem.¹

Maybe it’s time we opened our eyes to what’s really happening instead of living out a fairy tale. Fairly tales are nice but they don’t really make life tangibly better for the many victims of organized crime.

¹ The revelation in a 2018 study of rogue emissions from China that began five years before was a shock to scientists, policymakers, environmentalists and others who monitor the protocol, which is largely regarded as the most effective environmental treaty in history.